From 0 to DX 9.5 developer hero in 20 minutes with HCL official docker images

HCL with the release of DX 9.5 has build also an official docker image for OpenShift 4.x  .
As I read HCL has in plan to support Kubernetes vanilla and other cloud implementations very soon.

One of the possible way to use this image is use it with docker on your laptop so you could start to develop your DX 9.5 experience from 0 to portal up&running in 20 minutes :-) .

I made my test on my corporate laptop with Windows10 , Hyper-V and docker desktop 2.1.0.4.
If you haven't docker installed yet I suggest you to start from this page.. 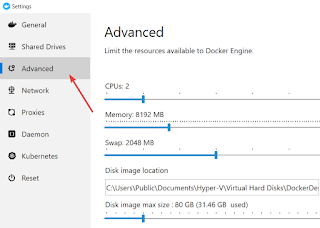 Now if you haven't one already create a working directory to be used as wp_profile mount point and exclude it from your AV setting for performance reasons (at the first run wp_profile will be delated with almost 40k files) and for data integrity.

after some minutes while docker was importing all layer involved you will get the confirmation message:

Now it's time to create the container from the image exposing the port needed and mounting the wp_profile to the local filesystem to guarantee the persistance of the data:

where C:\docker\dx-store\wp_profile  it's my docker data directory.

At the first start some extra time will be required because DX profile will be generated on the path used in the command.

if you need to enter into the container

The image is build using RHEL 8.0  , Portal security it's set to local was and  database it's local Derby.

When an upgraded image will be shipped you will need to repeat the first command to import and create the new container using the existing mounted wp_profile that will be upgraded (if needed) to match the new version.
After the upgrade the old container could be removed.

To close this post some others usefull docker commands

to check all container
docker ps -a

The official documentation about the DX docker images it's available at this page.